Name: Xatiav R.
Date of birth: 04 Oct. 1991
Male
Webcomic artist
deviantArt: http://xatiav.deviantart.com
Warning: English is not my birth language. I beg you to pardon me for the potential grammatical errors or language error. :)
Warning n°2: Even though I am a Yuri/Shoujo Ai addict, I am not against Yaoi/Shounen Ai and willing to erase it from the Earth's surface (as a friend thought).:)

A little more about the creator?
Favourite webcomics : Without any precise order:
#Shaman Quest by Dark Pascual
#DeadFinger by Peipei
#Grin N Spirit by ghostrunner
#Pinky by ozoneocean
#Charby The Vampirate by Amelius

Favourite games:
- Touhou Project
Played the 1 (Highly Responsive to Prayers) to the 12.3 (Double Spoiler). By my favorite ones are the 10.5 (Scarlet Weather Rhapsody) and the 6 (Embodiment of the Scarlet Devil). :)

The Embodiment Of The Scarlet Devil (Touhou Project by ZUN) 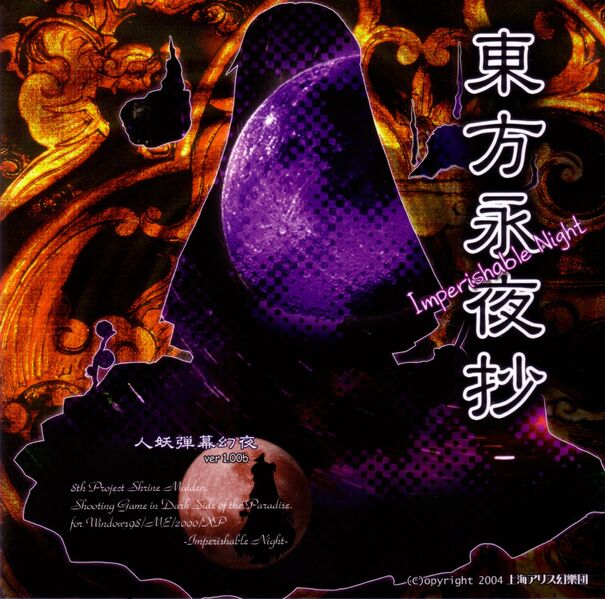 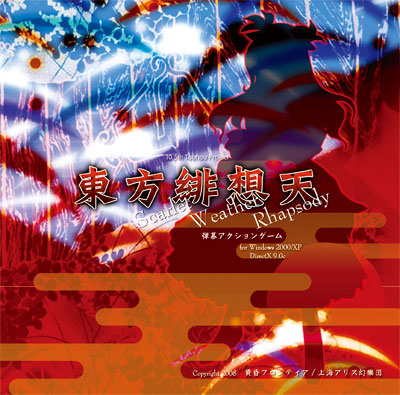 Can't stand:
- Egoists, peoples who have no notion of respects, people who NEEDS to be jerks in their life, homophobia and homophobic people, too much salt in my food (useless information), people who are bad just for the pleasure of being so, etc etc. The list is rather large, but in general, I'm not against yaoi. :)

Fur Octavia
M
A reboot to "Memories from Requiem", with an additional timeline. The story follows Octavia and her travel in a world that was never hers, to find a way to finally defeat her mother, the sinister Midnight Witch, to free herself.

Hollow Heliosphere
A
[UPDATE SCHEDULE]: Thursday -> Monday, 2 pages per week. The deep relationship of an apprentice and her master, tainted by love and war. The story of Hakka Hastura, student of the Hollow Heliosphere, Sovereign.

Memories from Requiem
M
The dark story of the romance between the last child of the Moon and the daughter of Inari, within the Silence of a world bloodstained by Gods and ruled by an order, the Order of Riversky. Follow the story of Hakka Hatsura in her journey within the "Sphere", the Ahriman, as she seeks for her past and for her future.

The Order of Riversy
M
The legend of the first Hatsura, Kaori Laennetha, through the story of her life. 1,000,000 years before the events of Memories From Requiem, The Order of Riversky shows the events related by Hevan and shows how the Order has been created. (Yuri, mature)

Angels of Shadows..."The gods of your civilisation left and created their own. One where they made the rules. They grew bored so they created toys... twisted toys."

A fantasy supernatural horor-comedy about monsters and other horrible creatures like humans, made by and for the socially awkward malcontents. It's a character-driven story that features both whimsical magical elements and gory body horror, with big emotional drama.

Deadfingers is a story about an indigenous girl and her tribe, struggling to salvage its independence from the imperialistic mainland. Features magic, knife fights, guns, robots and everything else you'll find in the alternate universe.

Ethereal Legacies is a fantasy-themed comic set in an alternate past Earth. The story line follows two Elven sisters, Bianka and Gatan, set against a backdrop of war between Light and Dark Elves.

A typical lesbian love story... that also deals with voodoo, reincarnation, curses and all takes place in the Big Easy! ...so maybe it's not so typical? [Yuri, Shoujo-ai, Romance, Drama, Cute, Love]

in which the guardian of souls recruits an alien warlord to blast the hell out of hell.

MAYA The legend of Wolf

MAYA The Temple of Warriors

William Stancie is the Wolf Warrior, who was born to destroy the 6th Solar Age, 4 plagas were send to the earth, now 9 people called, anima warriors, are to protect mankind.

The dark story of the romance between the last child of the Moon and the daughter of Inari, within the Silence of a world bloodstained by Gods and ruled by an order, the Order of Riversky. Follow the story of Hakka Hatsura in her journey within the "Sphere", the Ahriman, as she seeks for her past and for her future.

Nowhere to the Crescent Moon

Chesire is a Feralin, a demoncat who lives in a realm where demons are biologically mixed with animals. He lives as a shy, popular honor student by day, and a bloodthirsty revenge driven assassin by night. Explicit Shota and boy love ahead~!

Pinky TA is a diesel-punk comic set in an alternative version of the 20's. It features the sexy Pinky, war, blood, steel, and fire!

A Yuri; girl x girl love; lesbian; shoujo-ai. A girl with the odd hobby of sewing living monsters and there some argument if she is human or not. Now her world changes when an unlucky student comes to her school and she looks yummy. (A creepy-cute comic)

A Nomad, a young runaway, a psychic on the verge of madness and other characters band together to reach New Babel, one of the last cities on Earth. On their way stands the Wastelands, huge desert filled with mad prophets, power-hunger mafias, bizarre creatures and the looming threat of a World-scale conspiracy...

Sarah is a fairly ordinary person who just wants to lead a quiet life but seems to have a habit of getting herself into extremely complicated situations! Contains themes of an LGBT nature.

The legend of the first Hatsura, Kaori Laennetha, through the story of her life. 1,000,000 years before the events of Memories From Requiem, The Order of Riversky shows the events related by Hevan and shows how the Order has been created. (Yuri, mature)

I dont quite understand your comment on my latest comic page.. XD? Is something wrong? Oh, My main char on eRO is Meryru. :3 I usually hang out in Prontera. See you there &lt;3

Thanks so much for recommending my comic~~ I&#039;m so flattered &gt;w&lt;~! Oh oh, I play ragnarok online too~ But I play a private server because I dont have enough spare time for 1x/1x/1x Hahhaha

I can&#039;t believe I missed you getting featured. Congratulations you really deserve it and it&#039;s a shame I have missed a lot but hopefully I&#039;ll be back on DD by November. Congrats and keep up the great work, hope to read you soon.

Thank you very much for the add! \o/

Thanks for the add, looking foward to get up to speed on your comic!

Thanks so much for the add, dear, Great comic!

Im about to update a page soon! :D sorry for the late answer :x But you now, having problems with the translation thing. :s Anyway, I think it will be undestandable :3

thanks for the add, love your comic

its the fate of &quot;ugly Bob&quot; he makes another appearance later.

Thanks for the add, btw it&#039;s amazing the work on your latest page of Requiem.

Thanks for the add! I love your comic :D

You are welcome :).Cool Comic. It took me a while to catch up.

LOL thanks :3 You should totally do a fanart that would make Pascual very happy.

Oh ya Shaman Quest is really good... Well I actually help on it with proof reading so maybe I&#039;m biased to say that.

Oh sorry! Belgium huh? That&#039;s interesting. Ya Pato&#039;s comic is one of my favorites on this site. I wish he would update more often.

I&#039;m pretty good. Are you from Mexico? The way you use the language reminds me of Pato and I know that&#039;s where he is from. Good man that Pato.

Thanks for the add! I hadda check out your stuff when I noticed we read alot of the same comics :3 So how are you new friend?

Thank you ;) I like your stuff too! And this avatar you have is sooooo cool where&#039;s it from?